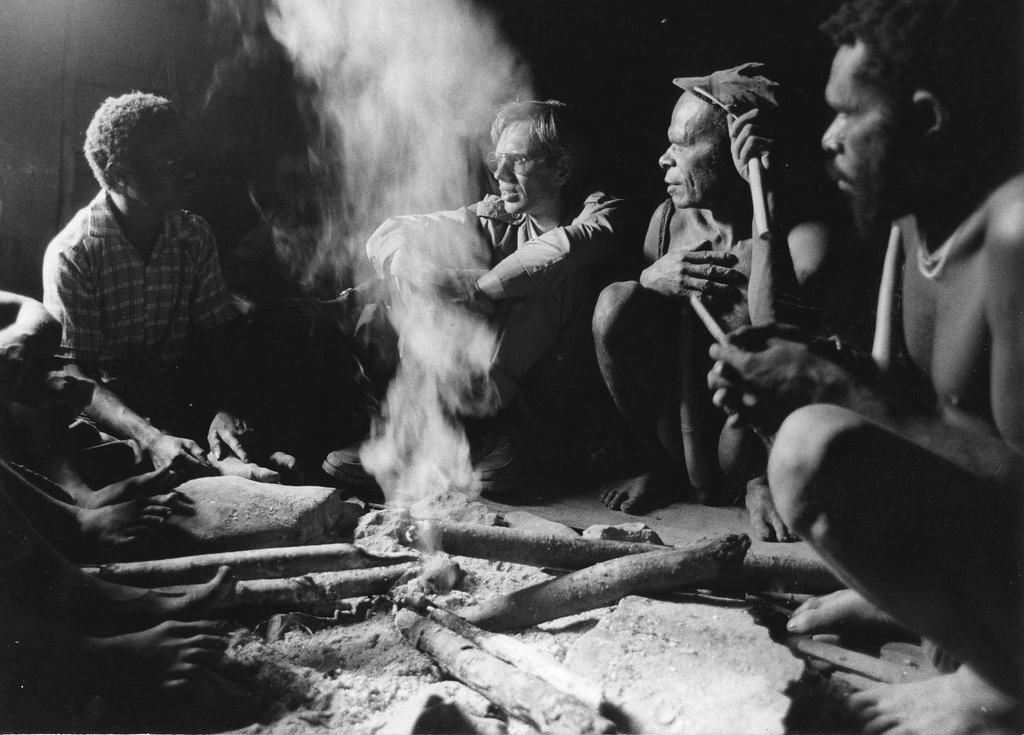 The first time that I came there I a bit surprised. You look at it and it is all foreign. People in a penis tube and a grass skirt and the like.

The pig feast is a tradition that is still quite strong. The attempts that are made in the Agat, with the cultural festival that is held there every year. Traditional wood carving is being promoted. I think these are good attempts to maintain your own culture. But don't forget, perhaps the most important element to hold the culture is the language. About 250 different languages ​​are spoken in Papua. And a number of languages ​​are only spoken by, maybe a 1000 people, or even less than a 1000 people. Such a language has hardly any future. Because the population that speaks the language is too small to survive in a world that is increasingly breaking open. At least I expect that a large number of cultures will disappear more or less. Actually you cannot speak of 'the Papuans'. They are all different tribes, with different languages, with different cultures, who come together because they have a common enemy.

You can bet on it that Indonesia will not let go of Papua. There they paid too much for that in East Timor. That is one, and two, the majority of the population in Papua is no longer Papuan. So as long as there is free movement between Papua and the rest of Indonesia, you will see that the number of people who migrate to Papua will continue. 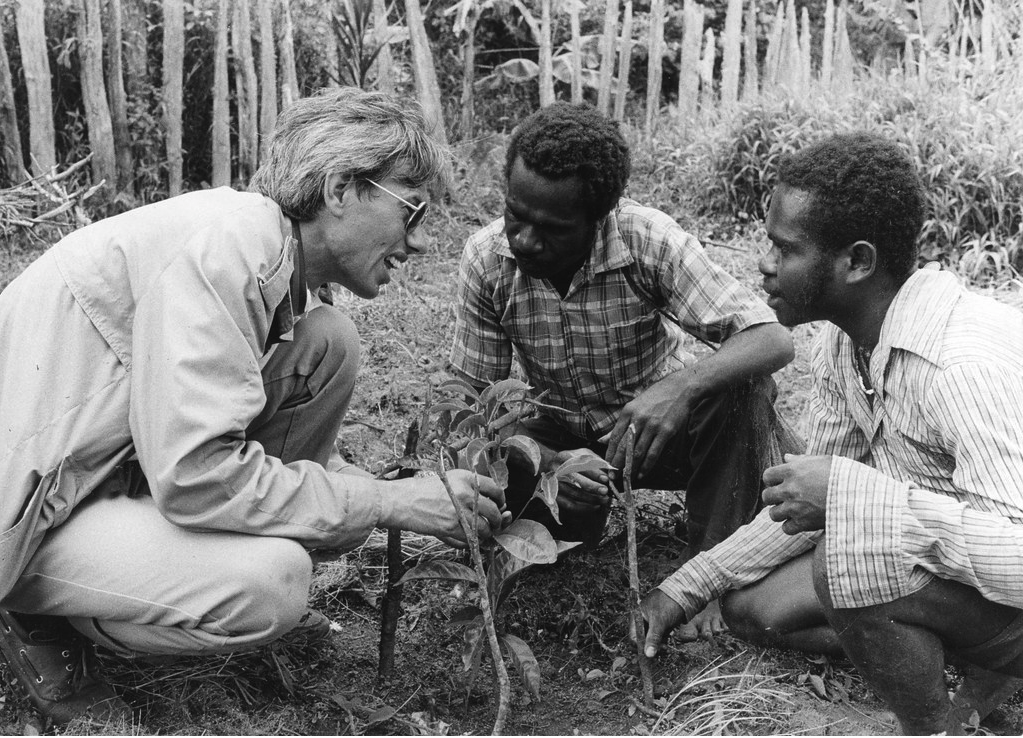 I think during the years that I've been there, the situation has only gotten worse. But there are some improvements. When I was there in the early years you could see that people were afraid to leave their own area. So one of the greatest achievements of the advent of the Church and of the government was that they were able to move more freely in their territory. So that's an achievement. On the other hand, you can clearly see that the influence of outside forces, in fact now Indonesians, has increased. It seems that the army is increasingly asserting itself, with all the negative consequences that entails. That means that there is more fear among the people, they show two faces. So they try to please the army because otherwise you will get hit and the like, but what goes on in their heart becomes less visible, or at least towards the army.

The people of the army are more or less invulnerable and if people are convicted of the army, it is certainly not the groups or the big bosses. But even the little man of the army is hardly condemned.

In the early 1980s, late 1970s, the OPM (Operasi Papua Merdeka, a rebel organisation) was quite strong in the Paniai area, or at least they were active there. But they were also kept alive by the military. I lived in Enarotali, the OPM had a camp above Badauwo, which is, as the crow flies, 15 km away. But that camp was fed by the military. Maybe you should look at it from this angle, the army, or the people of the army are not paid generously. This actually applies to all civil servants. So they have to tap into additional sources of income. And so when the OPM becomes active, the army has reason to become active itself and they get extra money from the government. So it is in the interest of the military that the OPM regularly cause unrest. So on the one hand, the OPM is kept alive by the military, and on the other, they are fighting it. So you actually get a really crazy story. 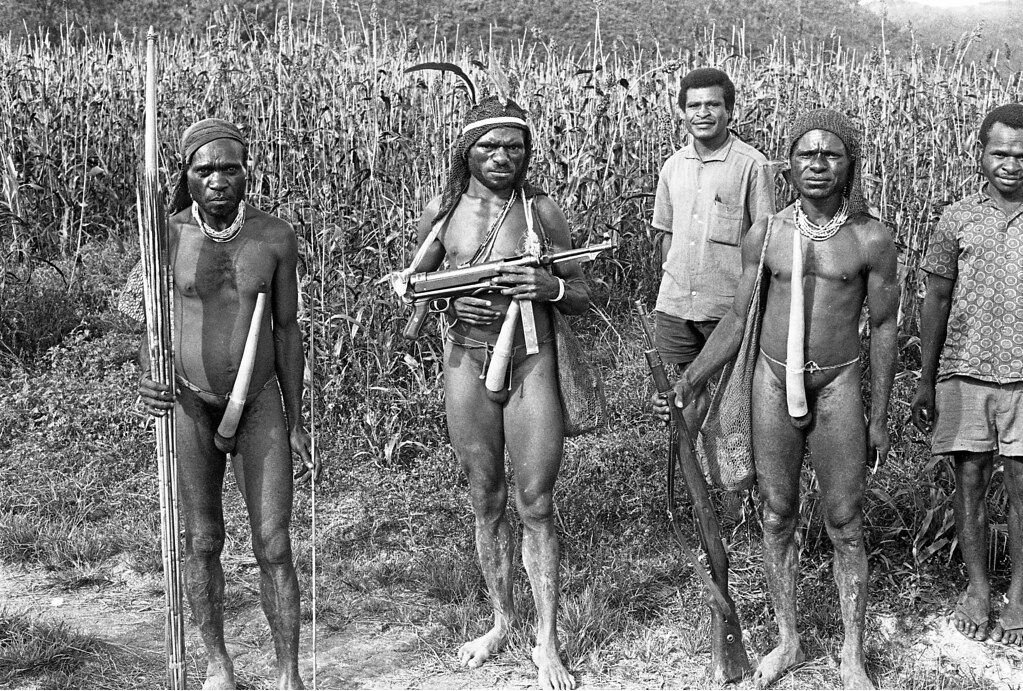 In the first place you must of course say that the majority of the Dutch do not know about the existence of Papua, or at most have they ever heard of Dutch New Guinea and that is the end of it. Yes, people are not directly interested in it. So a number of people who have been sitting there, especially civil servants who have been in Dutch times and some political parties, still feel a certain guilt that they transferred Dutch New Guinea to Indonesia at that time. So with that group there is sometimes a certain feeling of guilt, but among the young people this hardly plays a part, I think.

Until deep in the 1930s, the Netherlands hardly paid any attention to Papua, Dutch New Guinea. After the Second World War, the Netherlands suddenly became interested in Papua because they lost the rest. And thought that they should keep a piece of it there, without actually having enough basis for that. They brought up the Papuans, or at least steered them towards independence. Which was actually a lost cause from the start. And the forces that played here in the Netherlands to make it heard from the start with Indonesia, were dependent in the minority. This has gradually changed due to external political pressure, especially from America. So I suspect that there was quite a mistake from the start. It remains to say that the Melanesian race is quite different from the Java and the like.

I am Piet Bots, a Franciscan. I have been in Papua from 1975 to 2004. I have mainly been involved in the socio-economic sector, but have also moved in other areas.

Dutch people immerse yourself in your own history and then you come across Papua. Because that is part of Dutch history also. And hopefully you will be willing to delve a little deeper, to understand a bit more about that Papuan culture. If you really go into it, you can also learn a lot from it, which can also broaden your own world view. And that can only be good.